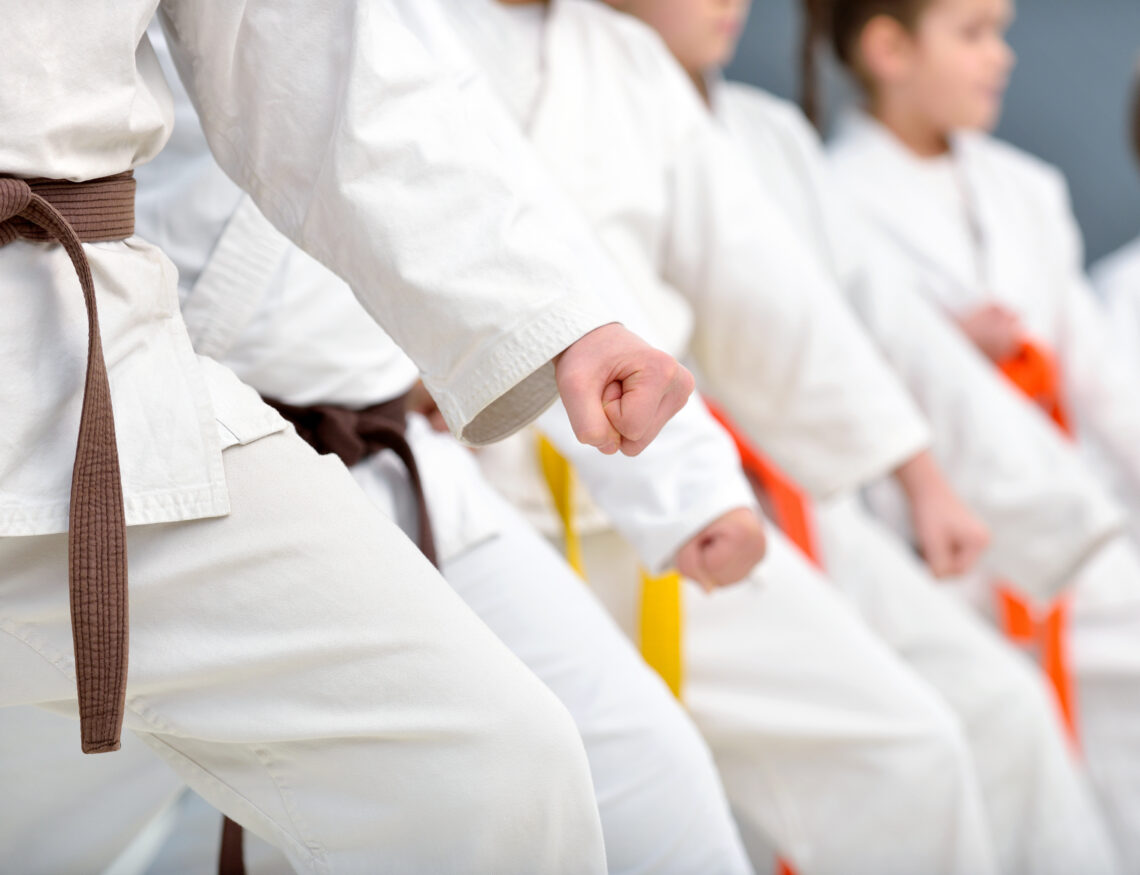 You know belts play an important role in karate, as these colored bands appear in films and pictures of karateka. But what exactly does the belt symbolize? Where does it come from? And how long will it take you to get one?

Meaning Behind The Belt

A karate belt symbolizes its wearer’s skill, rank, and (most importantly) their dedication to the sport. It shows that the person has invested a lot of their time to learning and mastering a skill, and helps the wearer receive the amount of respect they deserve.

Karate belts are also an excellent way of motivating someone to train harder and get better, because there’s always another belt to earn. These belts are also a symbol of pride and honor, which is why karate practitioners always strive to be as good as their belt implies, if not better.

Karate itself is an ancient practice that hails from Okinawa — a set of islands in South-Western Japan with its own culture. It was an essential part of the Okinawan lifestyle, so there was no need for a belt as age alone was a clear indication of a person’s skill and dedication.

Yet as karate spread to the rest of Japan and entered different schools, there was a need to differentiate the skill of practitioners. As a result, karate developed a system of colored belts — inspired by Judo, another Japanese martial art. These belts would have a certain order that would tell everyone where the wearer stood in terms of rank.

Some myths claim that the progress of the belts — from white to black — stems from a karateka’s belt naturally becoming dirty as they spent years practicing. Yet this is unlikely because of the importance of cleanliness in karate.

Instead, it’s more likely that practitioners would only have a single belt throughout their lives, dying it a different color as they advanced to represent their newly acquired skills.

You’ve seen people wearing white, blue, and black belts, but what exactly does the color mean? And which color is a higher rank?

As a rule of thumb, the darker the belt’s color, the higher the wearer’s rank. That’s why someone starting out will be given a white belt — symbolizing their innocence and purity. As they dedicate years to the practice, they’ll earn a black belt which shows that the person has matured and experienced much of what karate has to offer.

These karateka will progress through their belts in this order:

This list is the most common order of belts in Shotokan karate, and it follows the standard set by the Japanese Karate Association — one of the largest karate organizations in the world. Yet there are many other karate organizations, styles, and dojos, so many have made small adjustments to the belt orders and colors.

Many people enroll for karate in the hopes of getting a black belt. This is a noble goal, but it’s not an easy one.

Each belt takes longer to acquire than the previous one, so it’ll take years of consistent practice and hard work to become a black belt. In fact, it takes the most skilled and dedicated students four to five years to earn this belt. With many taking longer to achieve the goal.

Some dojos realize that people want to see results quickly, so they offer students black belts in a matter of months or a year. You should be very skeptical of these places, as their practice goes against the discipline and philosophies of karate and there’s little you can learn from them.

You have to remember that karate was originally a discipline and lifestyle, and that still remains true today. So you shouldn’t focus solely on earning a black belt, and should instead focus on the journey. This way, you get to enjoy what you do, learn valuable lessons, and you can rest assured that you’d get the black belt eventually.

The belt plays an important cultural role in karate, so it’s important to learn how to tie it. This is one of the first things you’ll learn in a class, and karateka will do this so often that it becomes second nature.

These belts don’t have buckles and holes like modern belts, so you should follow these steps to tie the belt.

With that, you’re ready to step into the dojo and begin your practice.