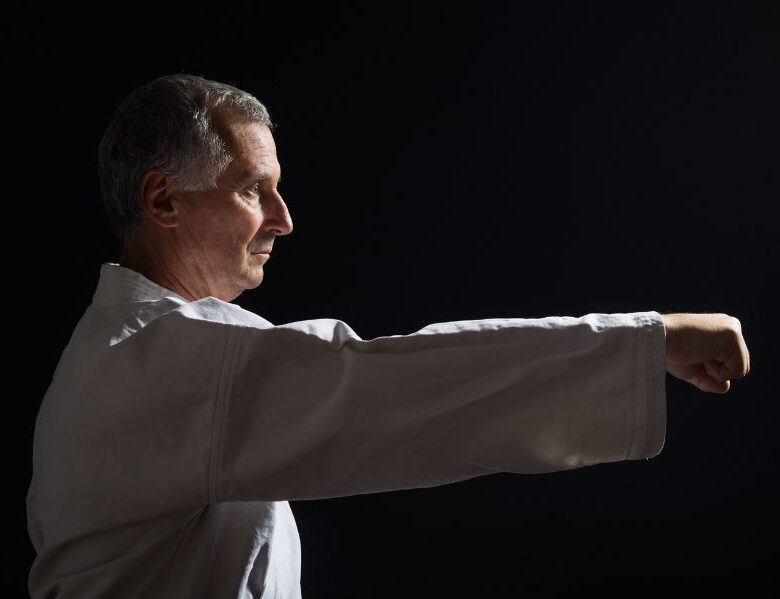 People of all ages want to practice karate. Some decide to jump into it without a second thought, while others worry that they don’t meet the age requirement. Whether you’re concerned about being too young or too old to start karate, there’s nothing to fear because karate has no age limit.

Many children are fascinated by martial arts thanks to what they’ve seen in films and games. Yet parents are often concerned that their children are too young for martial arts. They might worry that their kids will get injured or that they won’t be able to learn anything useful. In truth, karate is a great exercise for children.

Many dojos have classes exclusively for young kids. This way they can practice with their peers without worrying about injuries. When teaching children, instructors tend to focus on the essentials without delving into dangerous techniques. All of this practice is also done in the air, so kids won’t be fighting against each other.

These classes are great for kids, as it’s our experiences as children that end up defining the kinds of people we become. And learning martial arts at a young age can teach people many valuable lessons that set forth a good precedent that will guide them through their lives. For young children, learning martial arts teaches them how to focus on something. They also learn the important philosophies of karate, like respect and discipline. Karate also has many health benefits as it is a form of exercise, so children will become healthier and they will learn to enjoy exercise, making it a part of their routine even when they become older. To top it all off, karate is a great way of making friends with other children.

Some people in their late teens to early thirties might be interested in martial arts, but they’re concerned that they’ve decided to join too late. They might worry that they aren’t flexible or that the time has passed, and that they’ll never be good at karate.

In reality, being a young adult may be one of the best times to practice martial arts. This is when most people are at their physical peak, and practicing karate is an excellent way of both utilizing your strength and speed when it’s at its fullest and exercising to preserve it.

Not only that, but karate is far more than just physical exercise. It is a philosophy that is always helpful. Many people enjoy martial arts as a form of meditation. It’s a way of calming the mind and focusing on the present, which can be very helpful in the modern fast-paced world. It’s also a great way of meeting new people and making friends.

Some older people are concerned that they’re past their peak, and that they lack the energy to keep up in karate. This simply is not the case.

Many of the best martial artists in the world — and nearly all karate grand masters — are very old. They may not have the strength that they had in their youth, but their experience still allows them to defeat opponents. Even if you want to try karate for the first time, you can still reap the benefits as this martial art can help make you fitter, more flexible, and stronger even in old age.

On top of that, this is a great way to relax and spend your time. Karate also provides a wonderful opportunity to learn new things and to keep the mind active — with karate forms (kata) requiring some memorization and sparring (kumite) requiring quick reactions and creative blocks and attacks.

Karate Is For All Ages

As you can see, karate can benefit you no matter how old you are. These benefits can be physical, mental, or spiritual, so there’s always something for you. So if you’re interested in learning karate, you shouldn’t worry about your age and should just go for it!

We, at Traditional Martial Arts & Fitness, provide student-centric programs according to various age groups and their specific needs as well as different levels of experience. Contact us today to book your first session.