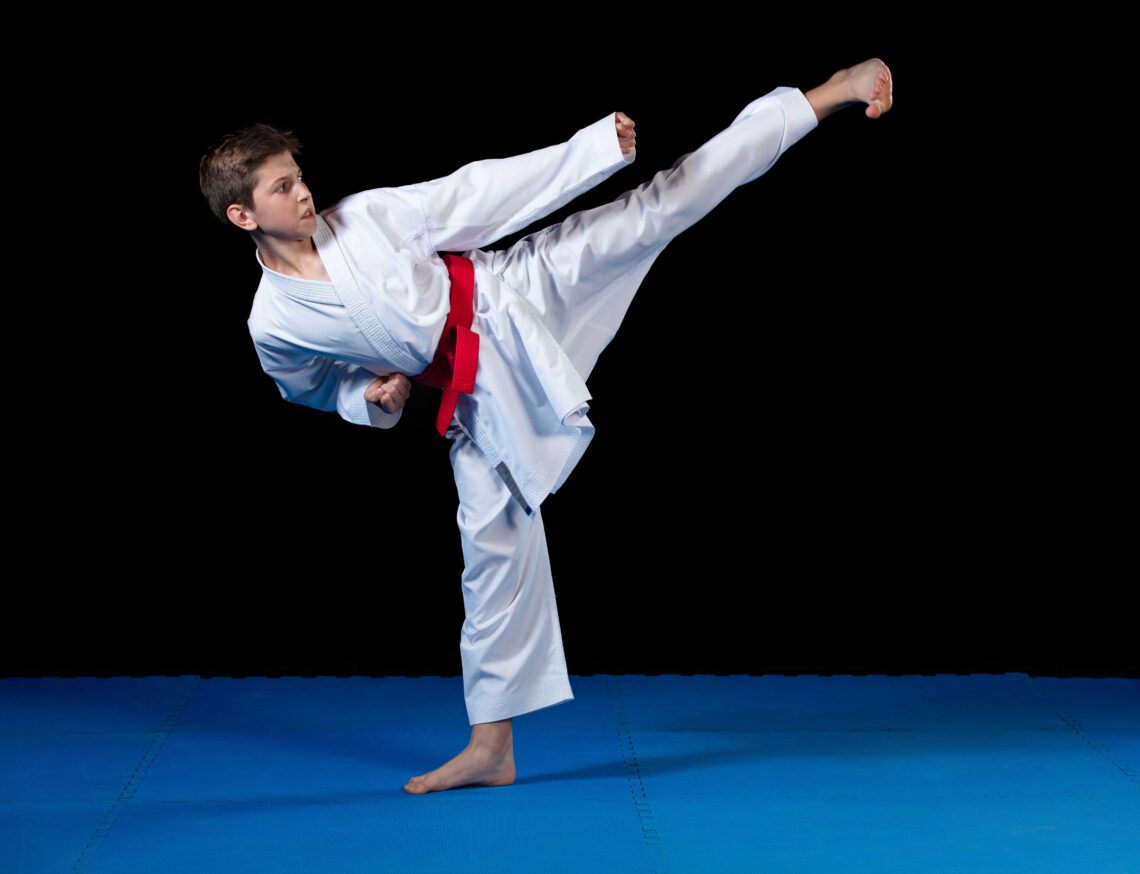 A lot of people want to give karate a try because of the many benefits it provides, but they have a lot of misconceptions about the sport. These range from concerns that prevent them from giving it a try, all the way to a poor understanding of what karate is about.

Myth: Karate Is Dangerous And Injuries Are Frequent

Perhaps the most common misconception is that karate is a dangerous and violent sport, and that you’re going to get injured if you practice it, especially if you spar with other karatekas. This is one of the biggest reasons why people avoid learning karate.

Yet the truth is that karate isn’t all that much more dangerous than going out for a run. Yes, there’s always a chance of injury if you sprain your foot or fall by accident, but these are the exceptions rather than the rule.

This is because most karate exercises in a dojo are done in the air without a partner, in what are known as kihon and kata. So, there’s very little risk of getting injured when doing these exercises.

Actual sparring, kumite, makes up only a small part of karate training. In fact, many dojos don’t allow students to participate in sparring until they’ve learned the basics and know how to control themselves. Even then, sparring is introduced gradually in a safe and controlled manner, where you’re partnered with people of a similar skill and size. You’ll also only ever spar using gloves and other protective gear. This means that there’s very little to worry about when sparring, since no one wants to get injured.

Myth: You Need To Be Young To Practice Karate

Many people think that you must be young to practice karate. They think karate is all about aggression, strength, and speed, and that only young people have the energy to keep up.

Once again, this is far from the truth. Karate may be a physical sport, but it also involves the mental exercise of learning techniques and memorizing kata. In many ways, being older can be an advantage as you already have plenty of life experience and knowledge that can give you an edge in karate.

In fact, many of the world’s best karateka are master’s who are in their 80s and 90s. They may not have the raw strength and speed that young karateka have, but they more than make up for it with their wisdom and the knowledge of how to use techniques.

Myth: You Need To Be Fit To Start Practicing

A lot of people think that you must be fit to start practicing karate, and that you’re doomed to fail if you aren’t already in perfect physical shape.

Similar to the last point, this isn’t true because karate is a mental exercise as well as a physical one.

Yes, there are some benefits if you’re already fit. For example, you’ll be better able to keep up during the classes and your fitness can make some of your techniques stronger.

Yet there are also disadvantages to being fit. A lot of people are fit because of their time at the gym, or they’ve come to karate from another sport. In these cases, their previous exercise routine taught them how to move in certain ways that would be wrong or dangerous in karate. So, teaching them the correct way can be more challenging, as the incorrect method is already part of their muscle memory.

In addition to all of this, karate is an exercise in itself and it’s a great way to get fit. As you practice, you’ll find your body slowly getting used to the exercises and you’ll develop the muscles and strength needed. So, there’s really no need to be fit in advance.

This is a myth popularized by countless martial arts films and videos. A lot of people think that karate involves punching bricks and wooden boards to get strength, but that just isn’t the case.

Like it was mentioned earlier, most of karate is done in the air with kihon and kata. So, punching wooden objects isn’t a major part of the karate routine.

That said, punching wooden boards is a type of karate practice called tameshiwari. Yet it’s very rare, especially in Shotokan Karate which is the style practiced at our dojo. This is something done in only the most intense and traditional dojos, so it’s not something you’ll find yourself doing.

Even if you were to attend one of these traditional dojos that practice tameshiwari, it’s often only reserved for experienced students who know what they’re getting themselves into. So, there’s really no need to worry about punching bricks or wooden boards, as it won’t happen.

Myth: Getting A Black Belt Is A Sign Of Mastery

A lot of people get into karate just to get a black belt. They think that having a black belt means that you’re a true martial arts master, and that you have learned everything there is to learn.

Yet this is far from the truth. In fact, a lot of karateka soon realize that the black belt is really the starting point of your karate journey. Up until you get the black belt, you’ll just be learning the basics of karate. It’s only after you earn the black belt that you truly begin to practice karate.

You can think of this like school. Your coloured belts are like different grades at school, and once you get a black belt it’s as if you’ve graduated from high school. Sure, you’ll now know a lot more than when you started, but you’ll still only know the basics. There’s still a lot more to learn before you’re a true expert at your field.

So, having a black belt isn’t a sign of mastery, and you’ll often still have a long way to go before you become a true master.