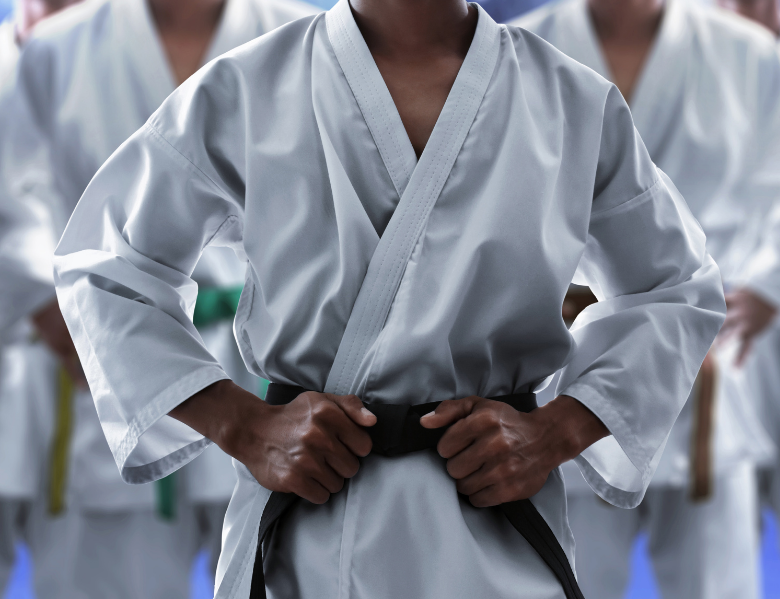 After joining karate, you’ll soon realize that practice is divided into three different parts. These form the pillars of karate, and they are kihon, kata, and kumite.

Kihon refers to practicing basic techniques. This involves doing simple stances, blocks, and attacks in the air. The purpose behind kihon is to master the fundamentals of the technique, and to put it into muscle memory. As a result, you’ll be able to do a technique without really thinking about it.

Nearly all dojos focus on kihon more than any of the other pillars. One reason is that everything else depends on kihon. Another reason is that this is an incredibly safe way of teaching karate as you don’t have an opponent to fight.

Kata is a Japanese word that means “form”. In karate, it specifically refers to a series of techniques performed in some pattern. After you learn your first few stances, blocks, and attacks, you’ll be taught how to combine them to execute several moves back to back (the kata).

These kata often involve a few dozen different techniques, and it will take around a minute to perform them. Kata are also where you’ll learn how to combine various techniques in interesting and creative ways, allowing you to flow between the moves you learned in kihon.

Most people join karate for kumite, which means “sparring”. In kumite, you finally bring together everything you learned and use it against an adversary.

Some people worry that kumite is dangerous, but that is not the case. Before students are allowed to fight one-another, they first have to prove that they have control. This means they need to learn how to hit an opponent without injuring them, often by stopping just short of an impact or by using far less strength. As a result, kumite is very safe as only experienced students who have proven their control are allowed to engage in it.

There are different types of kumite in karate. Some have predetermined techniques and timing, while others give you complete freedom. The former are often used in the beginning to teach you how to hit a moving target. The latter is a great way of putting everything you learned in kihon and kata to good use, and it lets you get creative with your techniques.

These three pillars are a part of any karate dojo, and together they provide you with everything you need to succeed as a martial artist.